Home >> About The Partnership >> Member Awards >> Service to the Military

Awarded annually, the Service to the Military Award recognizes organizations and individuals who have provided significant service to the military community of Oktibbeha County. The award may be given for a single significant event or in recognition of sustained support over the years. View the award criteria and nomination procedure. 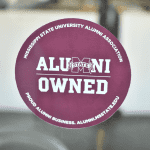 Greater Starkville Development Partnership 200 East Main Street, Starkville, MS 39759
We use cookies to ensure that we give you the best experience on our website. If you continue to use this site we will assume that you are happy with it.OkPrivacy policy