Premiering on Memorial Day, Monday, May 25, the HISTORY Channel miniseries Grant highlighting President Ulysses S. Grant will come to life on television screens across the country.

Based off the 2017 New York Times best-selling biography of the 18th President of the United States, the miniseries is written by Ron Chernow and was researched at Mississippi State University’s Ulysses S. Grant Presidential Library housed here in Starkville.

Grant Presidential Library Executive Director John Marszalek said, “The miniseries is going to be great exposure for the Grant Library, Mississippi State University, as well as the city of Starkville.”

Throughout the production of the miniseries the museum provided items such as digital photographs, transcript copies, and any requested information about Grant’s life to piece together and portray the nationally broadcast production. 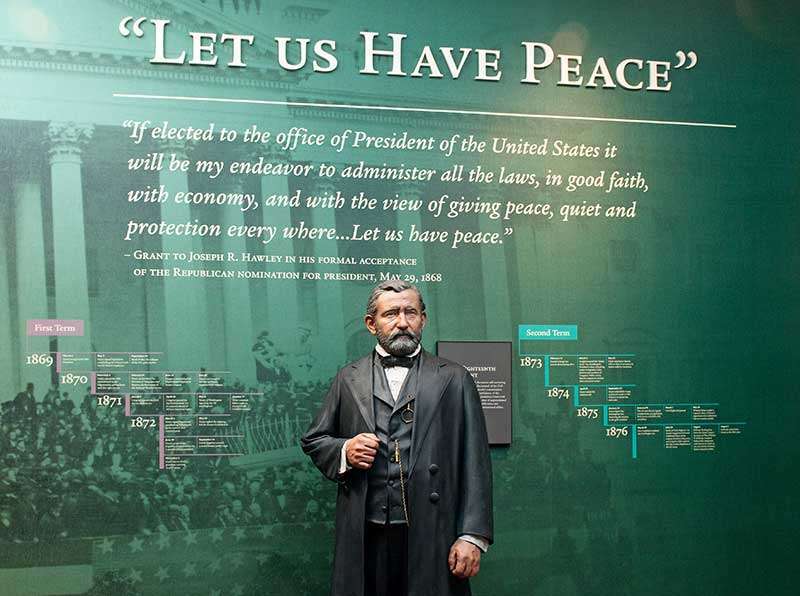 Grant Library Assistant to the Executive Director Eddie Rangel corresponded with the media company for the duration of filming and explained that through a developing ‘Grant Renaissance’ happening in the country the library has seen tremendous achievement and interest.

Rangel said, “We were thrilled to be the point of contact for all things Ulysses S. Grant. This is going to serve as great promotion for the outstanding collection we have here at MSU.”

Rangel added, “The collection here in Starkville is the largest in the world, so at any time during the production if the company needed additional information we either had it or knew exactly where to find it.”

The series will air on the HISTORY Channel beginning on Memorial Day from 8 p.m. until 10 p.m. central time, and will feature additional episodes at the same time on Tuesday and Wednesday evenings. To visit the museum’s official website, click here.

Watch below to view the full trailer.