The Saturday season of the Starkville Community Market comes to a close this weekend after a wonderful summer filled with fresh vegetables, fruits, meats and hand-crafted foods produced by local farmers and food artisans. During each Market season, the community continues to build relationships with new and long-time farmers who have helped grow the Market into the award-winning local fixture it’s become.

With the start of football season and those first fleeting hints of fall in the air, locavores often begin to dread the absence of summer’s favorite vegetables, and it’s easy to assume that the fresh Market season is over when we ring the last bell in August. Not so! Our local farming operations don’t stop just because fall is approaching! In fact, the successful sustaining members of Starkville’s agricultural community continue working the land, replenishing it’s nutrients, planning for future growing seasons, and even producing harvests long after the hard freeze of winter sets in. One such operation is Bountiful Harvest Farms, founded by Sam and Isabel McLemore, here in Oktibbeha County. Sam and Isabel have been loyal vendors at the Market for the last several years, and have even served on the Market Advisory Board. We had the opportunity to talk with Sam about their growing farm, the ups and downs of the year-round agriculture scene, and their plans for fall harvests as we head into September. What we learned may surprise you. 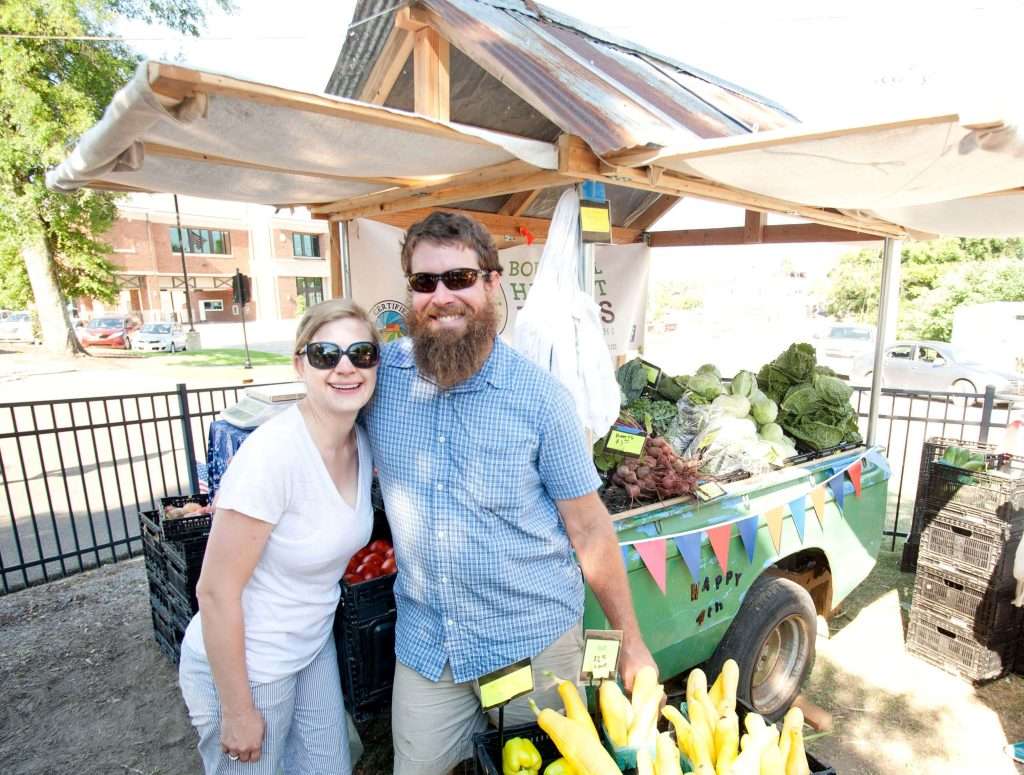 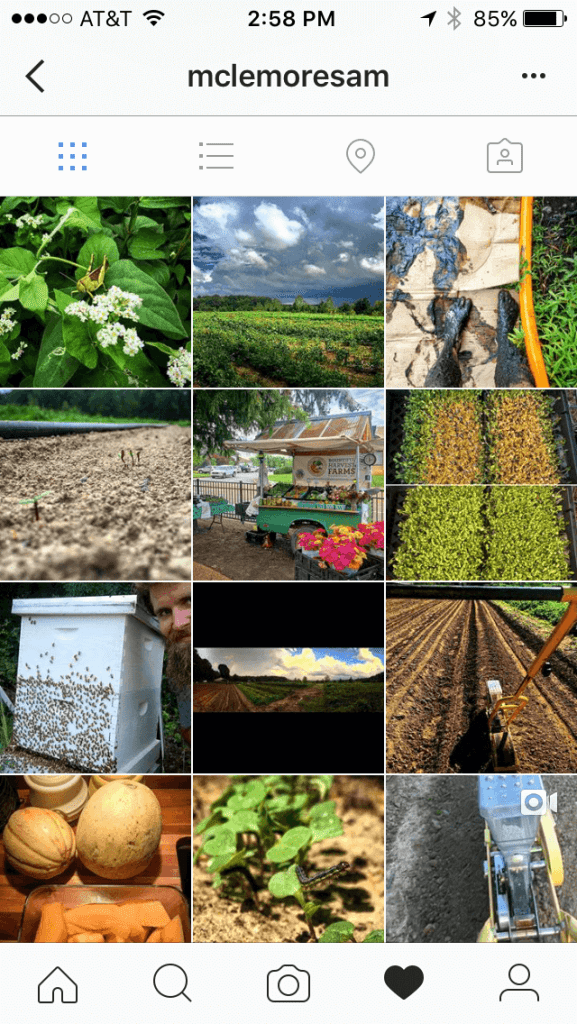 Horticulture, weed science, crop rotation, certifications, pest management, chemistry… it almost sounds like the syllabus from one of Mississippi State’s Agribusiness courses, but it’s just part of the conversation as Sam McLemore talks about his plans for Bountiful Harvest Farms and what drives how he works the land. Sam and Isabel founded the farm in 2011, and 2016 marks the first year cultivating their current three acres of crops off Pat Station Road in Starkville. In January, Sam began chronicling the year at Bountiful Harvest Farms on his Instagram account (@mclemoresam) with daily posts tagged with the hashtag, #bhffarmyear. The series offers a beautiful glimpse at the daily year-round work of cultivating not only fresh produce, but new farmland as well.

After several years of farming smaller plots as well as partnering with Native Son Farms in Lee County, the McLemores embarked on their newest farming adventure — taking a 15-year dormant plot of land and turning it into a productive and biologically vibrant farm committed to producing Certified Naturally Grown harvests. This fall, for the first time, they will be able to provide over 55 CSA (Community Supported Agriculture) shares of produce solely harvested from Bountiful Harvest Farms.

Farming has been an unexpected lifestyle choice for Sam and Isabel, one that sometimes runs tangent to their educational training. Sam has a degree in Landscape Contracting and Isabel is teacher. But the farm lifestyle has fit their vision of community and stewardship.  “We wanted a family friendly work situation, “ Sam says, “that would also allow us to give back to our community by providing natural food alternatives.”

And family friendly, it is! It’s not unusual to find a few of Isabel’s former first grade students visiting the farm for harvesting, or young family members in town for “farm camp” during the summer. This openness with the process of growing food is part of what drew the McLemores to begin their farm in the first place, and Sam’s desire to learn and share the methods that provide natural foods while building the vibrancy of the land is evident when he discusses his plans. 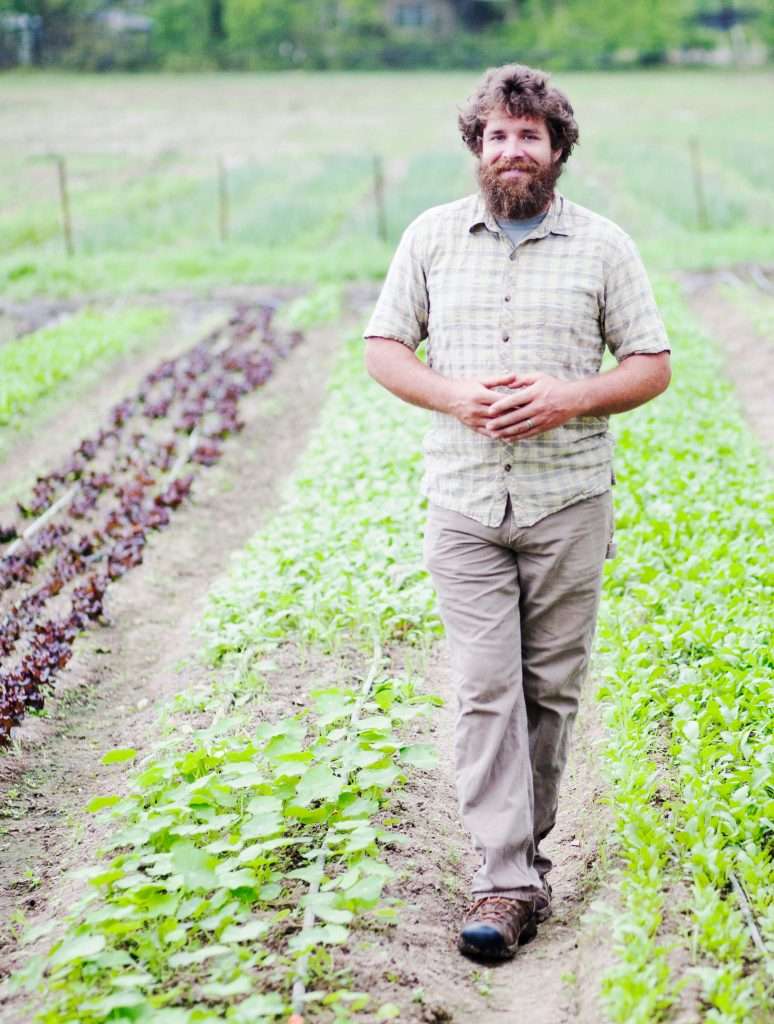 Bountiful Harvest Farms is the only participant in the Starkville Community Market that is Certified Naturally Grown, a farmer to farmer certification that adheres to the organic growing standards created by the National Organic Program. The designation requires that all crops are grown with no synthetic fertilizers, herbicides or pesticides. But the McLemores have taken their commitment a step further.

“So far this year, we are 100% growing with no herbicides or pesticides of any kind — not even the organic approved ones,” Sam says.

Although the guidelines set by the Organic Materials Review Institute (OMRI) allow some engineered products derived from natural sources to be used in Certified Naturally Grown farms, Bountiful Harvest has decided not to go that route, providing a truly organic product throughout the year. Instead, Sam says he adapts his planting practices and land management to minimize the impact of plant and insect pests.

“We plant more,” he laughs, acknowledging that the Certified Naturally Grown way is not always easy. He says they increase the amount of their crops sown in order to out-balance how pests might impact the harvest. It’s an extra effort the McLemores believe is worth the time to give their customers both a healthier and purer harvest as well as maintain healthier soil on the farm.

“We’re not trying to decrease anything,” Sam says of the plant and insect life. “Our goal in organic farming is to maintain our soil and build a healthier soil. The biggest part is that we’re trying to farm in a manner that is increasing the biological activity — the life — of our soil and plants. So we plant cover crops, for example, like peas and buckwheat to help build nitrogen and phosphorus into the soil during non-harvesting times.”

The scientific methodology belies a simple commitment. “We don’t want to do anything that would be detrimental to our soil over the long-run, and we take steps to improve our soil health through good farming practices.” Sam believes this commitment comes full circle to the community. Healthy soil along with healthy growing practices produce clean foods customers are proud to put on their tables. And this fall, the McLemores are planning for a harvest that’s just as healthy and bountiful.

“Here in Mississippi, we can grow an abundance of stuff in the fall. I’ve found that my fall garden is better than my spring garden sometimes because everything gets a really good start while the weather is still warm. The produce actually starts tasting better as the nights are cooling down rather than heating up,” Sam says. 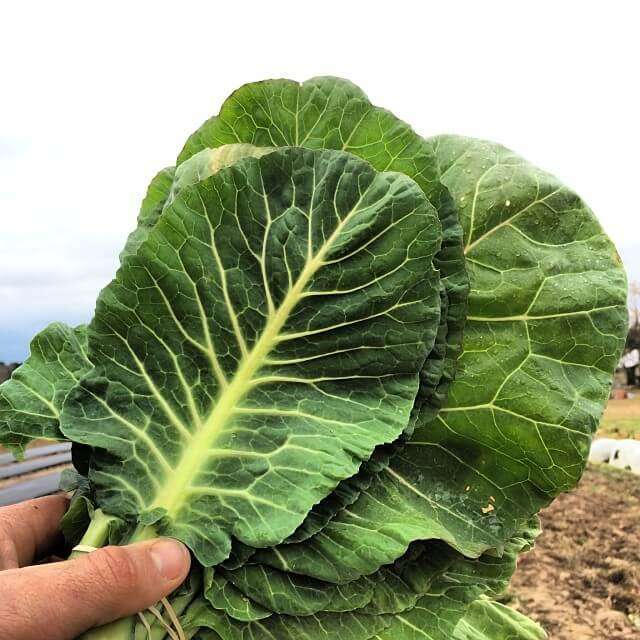 Bountiful Harvest Farm is currently offering shares in their 2016 fall CSA program, which will include a ten-week season of weekly produce from early September through Thanksgiving. Sam says some of the summertime crops, like okra, won’t actually slow until frost comes. In addition, he is currently planting a variety of produce that will be part of the CSAs, including squash, cucumbers, late tomatoes, sweet potatoes, peas and beans. They will also be cultivating winter salad greens and root vegetables, including cabbage, kale, broccoli, cauliflower, swiss chard, lettuce, carrots, beets, turnips, radishes, mustard greens, and arugula.

Sam is most excited about new strawberry varieties that he has planned for this year. “We’ll begin those as plants arrive,” Sam says. “These berries are way sweeter than anything you can buy at the store, mainly because of variety. The varieties that hold up for shipping to stores are not necessarily the ones that are the sweetest.”

Later in the season as frost comes, Sam says they will begin preparation for spring and summer. “We’ll be planting cover crops where summer crops will grow next year,” Sam explains. But, the growing won’t stop. “Some of our winter greens like mustards, kale and cabbage actually get better with the frost,” he says.

Through the upcoming season’s process of turning soil and cultivating seeds, the McLemores realize they are also breaking new ground in larger ways — rebuilding a farm from land that once stood dormant. From the ground up, they are learning what weeds have historically been prevalent, building what’s needed to control water and provide irrigation, siting and plotting out fields, moving soil needed to elevate crops, and adjusting it all to best nurture their plot of earth for next year. As Sam says, “it’s all part of starting in a new place,” and with dreams and plans put in action, this new ground for Bountiful Harvest Farms promises to be bountiful, indeed.