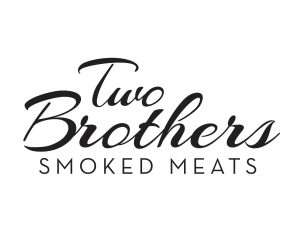 It’s Taco Tuesday, and we’re excited to share our next stop on Mississippi’s Culinary Town, our video series featuring the best of Starkville’s culinary community along with kid chef, Mark Coblentz, and local food critic, Jay Reed! Take a look at the guys’ adventure with Barton Dinkins, chef at Two Brothers Smoked Meats, and then read Jay’s review. Your tastebuds will thank you for Taco Tuesday with a Southern twist…

Those who know will tell you that the best barbecue is usually found in the most unlikely places.  Here in Mississippi it might be in the hotbox of a gas station, or in a shack on the side of a highway.  Or it might be tucked away down a narrow brick street with a funny name, dwarfed by French Quarter-esque buildings that let you know exactly where you are: The Cotton District in Starkville.

I would love to call myself a barbecue guru, but I have little hands-on experience when it comes to the real deal.  I’ve read a lot, I’ve visited a lot of classic joints, and I’ve eaten a lot of smoked meat – I think pit smoke is under-rated as a cologne (Fumee’ de Cochon would sell, wouldn’t it?)

Whether a genuine guru or pseudo pit master, I remember the surprise that registered in my brain the first time I saw the sign just a couple of years ago, a simple black rectangle with scripted white letters: Two Brothers Smoked Meats.  Where did this come from?  How did I miss it?  Didn’t they used to sell fabulous cheese wontons in that space?

It wasn’t long till I ventured in and tried the BBQ Pulled Pork Cheese Fries, topped with the bright pink pickled cabbage, and I was sold.  On a later visit, I convinced The Wife to come in with me – she’s usually game to try anything I suggest, but she’s not keen on Fumee’ de Cochon just yet – she came, however, and she was sold.  Daughter is a picky eater, but fell in love with the burger and regularly asks when we are going back.

When I heard Two Brothers was going to be featured for Restaurant Week, I was a little excited.  When I heard that we’d be going on Taco Tuesday – well, that was the icing on the cake – or in this case, the deep fried crust on the pie.  But I’m getting ahead of myself.

Junior Chef Mark Coblentz and I arrived early on that Tuesday – you pretty much have to get there early if you don’t want to wait.  Especially if you have a camera crew and all their equipment to squeeze into the cozy space.  The wait is worth it for sure, but we were trying to get our work done and clear out so others could enjoy the $2 tacos – though eating great food with a local celebrity chef could hardly be called work.

The first dish Chef (and one of the two brothers) Barton Dinkins brought out was their Pork Rind Nachos.  Now here is a dish I do actually have some experience with.  I love to make barbecue nachos; I’ve even been known to bring them to potlucks.  They are my goto gameday food.  I’ve also eaten more than my fair share of pork rinds over the last several years – some freshly fried, some packaged, and some artisanal.  They are my low-carb snack of choice.  At Two Brothers Chef Barton takes the key ingredients of barbecue nachos – pulled pork, Ro-tel cheese, and barbecue sauce – then goes “whole hog” and drops all that onto a pile of seasoned fried-to-order pork rinds.  A little sour cream, tomato and shredded lettuce add cool points to the dish.  This is thinking outside the smoke box. After we put that away it was time to get to the tacos.  There are many to choose from on the regular menu, and specials appear often.  We tried two of them. The chicken avocado Sriracha is self-explanatory: smoked chicken, sliced avocado, pickled red cabbage, fresh thyme and oregano, and a drizzle of Sriracha sauce.  This one is a bit spicy, but the avocado helps bring it back to neutral.  The focus of our second taco was house cured and smoked pork belly with a brown sugar and mustard glaze.  On top of the belly was a little classic cole slaw with their signature white barbecue sauce, heavy on the pepper and apple cider vinegar.  The final touch was a few crispy fried onions to give it a little crunch.  It’s easy to understand why the place packs out every Tuesday.

They don’t always have dessert, but when they have a special, I advise ordering it.  Truth be told, I’ve only had one, but it reigns as one of my favorite desserts ever.  Anywhere.  I thought it might be too much to hope for, but as we were making plans for the visit, I put in my request.  Crushed pork rind and sugar-encrusted, deep-fried pecan pie.  Please?  In the end, I don’t know if Chef Barton did it for me, or did it for you, but he did it.  He even put a little ice cream and caramel sauce on top.  And it was just as amazing as I remembered it.  This is one of those cases, as my sidekick Mark noted, when a classic dessert like good Southern pecan pie is completely transformed.  Is this another classic born?  I hope so.

By the way, Two Brothers is open on days other than Tuesday, and they smoke everything from duck, to wings, to jalapenos for their pimento cheese fritters.  I’ll be back for sure, and I’m seriously thinking about putting in an application to be the Third Brother. Thank you to Mitchell Distributing for being the title sponsor of our Featured Restaurant Reviews. The restaurants reviewed provided additional sponsorship. All views and opinions are those of the reviewer, Jay Reed.