Constructed in 1925, the Hotel Chester is located at Main and Jackson streets in the Old Main District of downtown Starkville. Since its construction, the building has had a succession of different owners and uses. After undergoing extensive renovations in 1985, it was listed on the National Register of Historic Places. It operated as the Ivy Guest House and then as the State House Hotel until 2003, when it was further renovated and reopened under its original name, Hotel Chester.

The first elementary school in Starkville was constructed in 1897 and was the focal point of what is now known as the Overstreet Historic District. It is located just south of downtown on South Jackson Street. In 1949, the school was substantially renovated into its current art moderne style and renamed Overstreet Elementary School. It is believed that the Indian motif on the building was intended to honor the original residents of the area.

Although the structure itself is architecturally undistinguished, the Starkville City Jail has become world famous as the site where renowned country singer Johnny Cash was incarcerated overnight for public drunkenness on May 11, 1965, after performing at Mississippi State University. The event would perhaps have been forgotten had not Cash himself later immortalized it in his song, “Starkville City Jail,” first performed at a concert in San Quentin prison in 1969. More than 40 years after the crime, the community decided to issue symbolic pardons on The Man in Black’s behalf for his long good-humor and spirit of redemption. 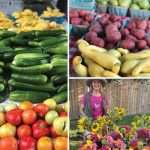